Tie One On: Six Intruder Tips

There's something intriguing about intruders. They sit on the manifold of aggressiveness, beauty, precise complexity and just wrapping sh*t around a shank. I am sure we all have a story about when intruders first crossed our paths. For some, it was a moment of resentment and malignity, upset about the regression from dries and purist patterns to large flies tied with feather duster ends. Perhaps it was a moment of attraction, completely smitten by their long undulating fibers. Whatever it may be, there is no denying that intruders produce results.

The Intruder itself is actually a pattern and more so a concept designed and developed by the Jerry French, Ed Ward and Scott Howell crew, who were at the forefront of skagit lines and big flies. The Intruder was designed to imitate baitfish, squid, shrimp and even small eels using subtle natural tones with large sparse profiles. In the early 1990s French, Howell, and Ward had been in Alaska guiding and fishing with big 3/0 spey hooks. Unfortunately they noticed that with a large shank, fish were more prone to throwing the hook and that fish mortality was increased; thus born, the shank fly. Being in prime testing grounds, this fly evolved from vise to water and water to vise. Still unnamed, French remarked how during one of their test trials, "Ed was swimming his latest fly, this crazy thing with tentacles going everywhere . . . I said 'Intruder alert, Intruder alert', like Robby the Robot. Didn't you ever see Lost in Space?" (Modern Steelhead Flies, Nicholas & Russel). The Intruder was continuously changing but with a stroke of engineering ingenuity while fiddling with a speaker wire, French noticed that the stereo's insulated wire had a clear plastic coating that would be perfect for sliding over the tippet and snugging onto the butt section of the shank with an added 30lb mono loop.

Fast forward thirty years and nearly every trout, steelhead or salmon angler on the river will have a box somewhere stocked full of intruder flies; whether they currently fish them or not. But long are the days where we are required to use cut shanks, speaker wire and 30lb mono.

1. Bulls, Rainbows, Browns, Salmon, Steelhead? What are you fishing for?

Often you're tying intruders to imitate something, so you have to know what you're targeting. Where do these fish live? What are their tendencies or preferences? Are you imitating food; if so, what do they eat, and how do they feed? Are you targeting a non-feeding fish? How do you tie something with enough action to aggravate them enough into biting?

Whilst tying intruders, you have to be aware of what you are imitating, whether it be behind the vise or in the water. If you are imitating a specific prey, let's take a sculpin for example, you need to understand both how fish feed on them and their undulatory locomotion. The sculpin fly is a very effective pattern for many species as they occur in a variety of differentiated habitats. Sculpin typically tend to be low lying fish that can anchor themselves in fast currents. When imitating sculpins, tying an intruder with a weighted head will simulate diving towards the bottom. If you know what you are targeting, you will know what to tie.

As in all things fly fishing, size truly does matter. We've simplified fishing into the rule that a big fly equates to a big fish and a small fly attracts small fish. We all know this isn't true, as we've caught over achieving trout on flies as big as they are, and hogs on minuscule little flies. Along with girth, the length of your fly is important. As a rule of thumb, most intruders (excluding micro-intruders) should be around the 3-4-5 inch mark for your average fish. However, this is not to say they cannot surpass that mark for larger targets, (i.e: pike, tuna).

Hook placement does matter when tying intruders as anything too hidden will result in lost bites and anything too exposed may result in fish injury/ lethality from deep hooking. Watch that your hooks don't extend past the longest ends of fibers of your fly.

What I have learned from tying Spey flies, quality materials make or break the fly; This is similar with intruder style flies. However, unlike spey style flies, these materials don't break your bank accounts, as you have limitless synthetic (and non-synthetic) materials to be creative with. The main goal of intruders however, is to 'bulk' without actually bulking. Intruder characteristics involve materials that create the image of large silhouettes that do not clump together. Long webby materials such as rhea, ostrich or marabou are popular to create that iconic undulating movement. There are all kinds and colours of Arctic fox, dyed Amherst, saddle hackles, chenille, flat braid, rubber legs, yarn, flash, dubbing, tinsel, craft fur, Icelandic wool, rabbit and yak that fill fly shops walls. These materials are traditionally spread out in two partitions along the hook shank to make it seems as if a lot of space is being filled, all the while being quite sparse. 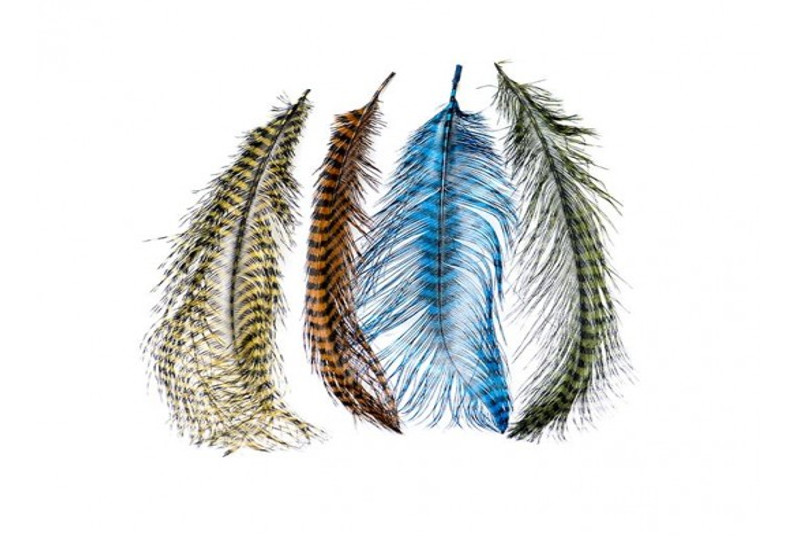 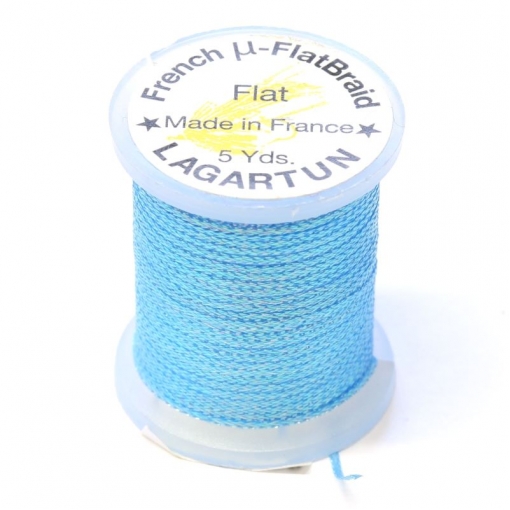 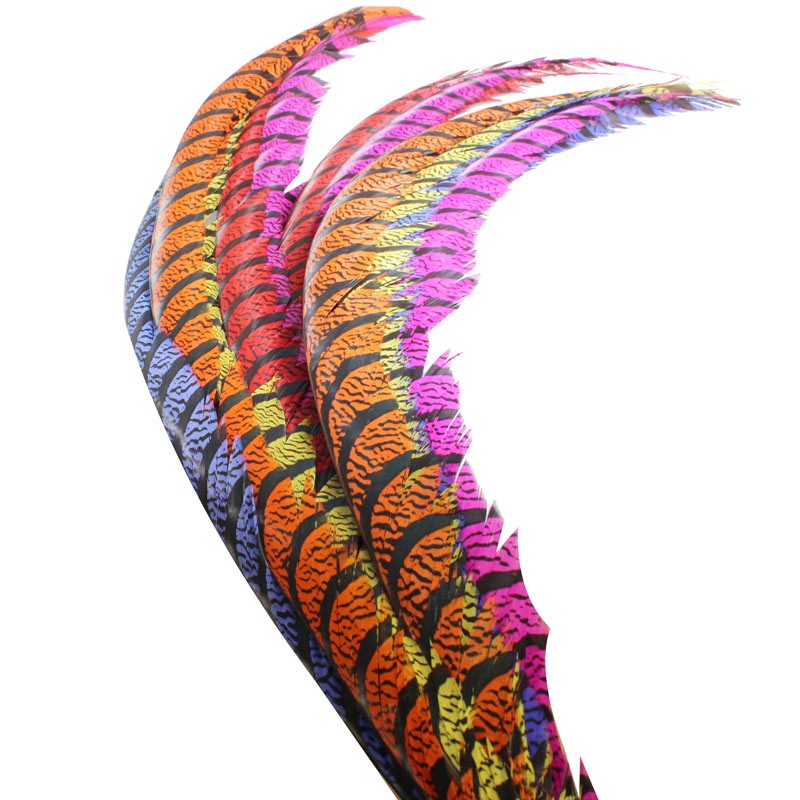 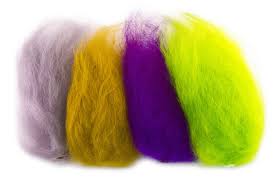 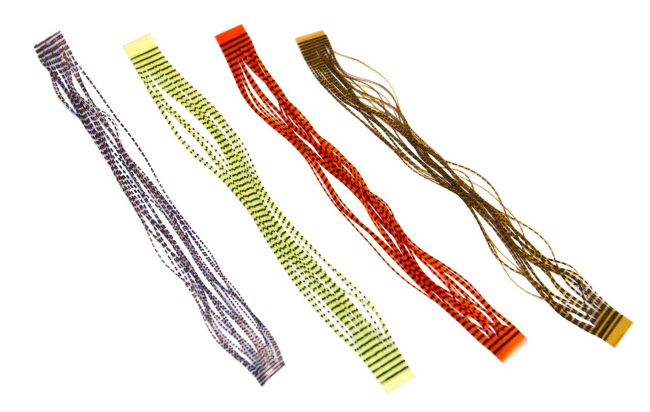 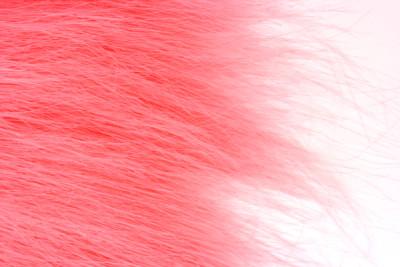 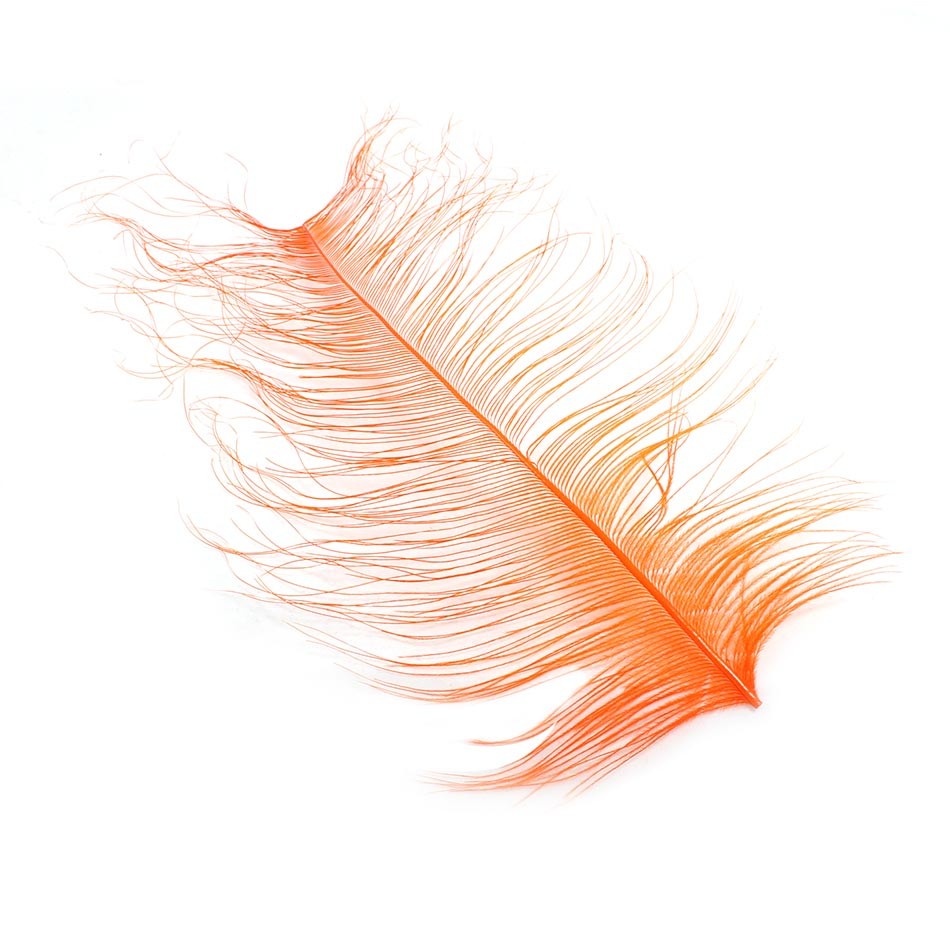 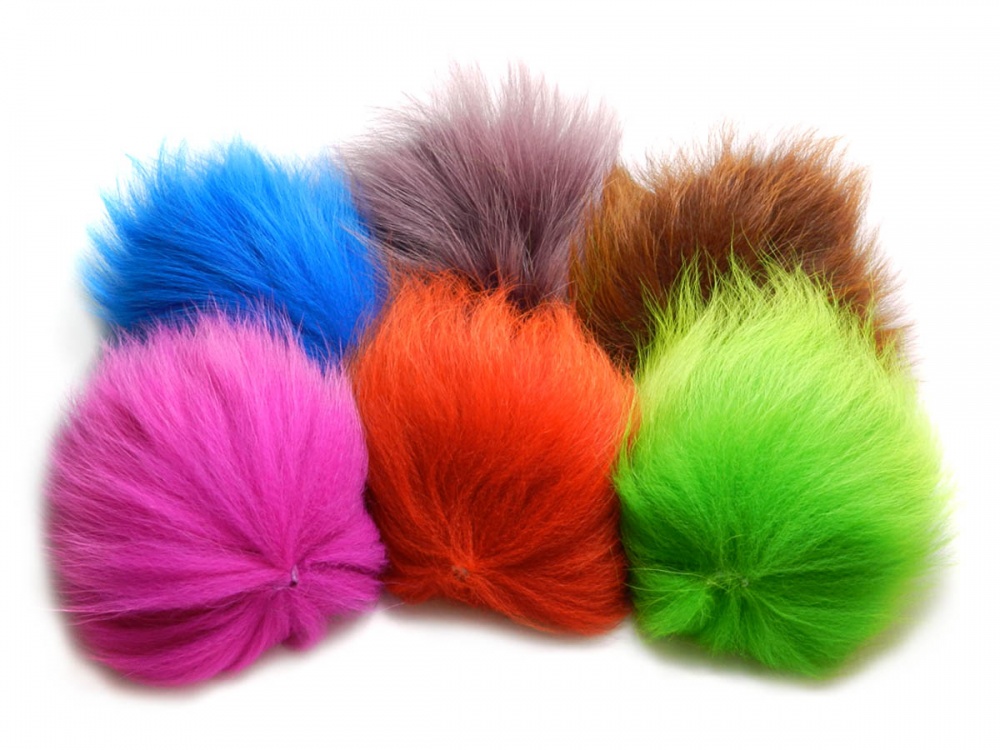 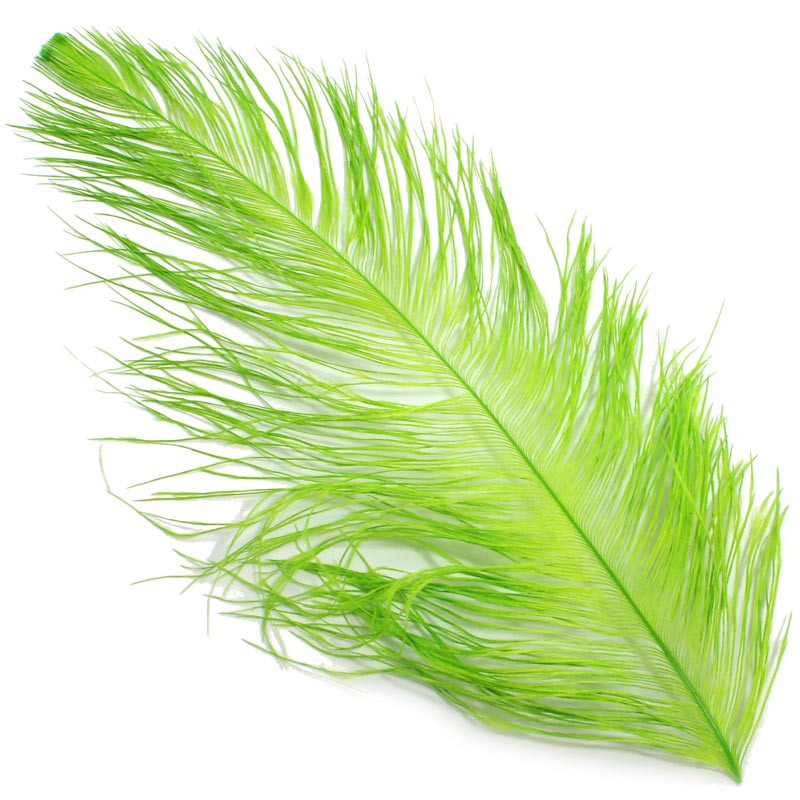 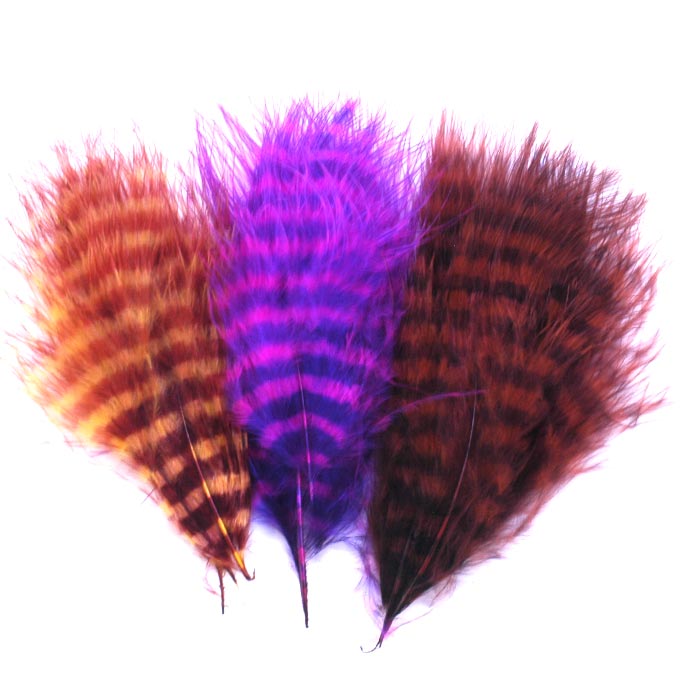 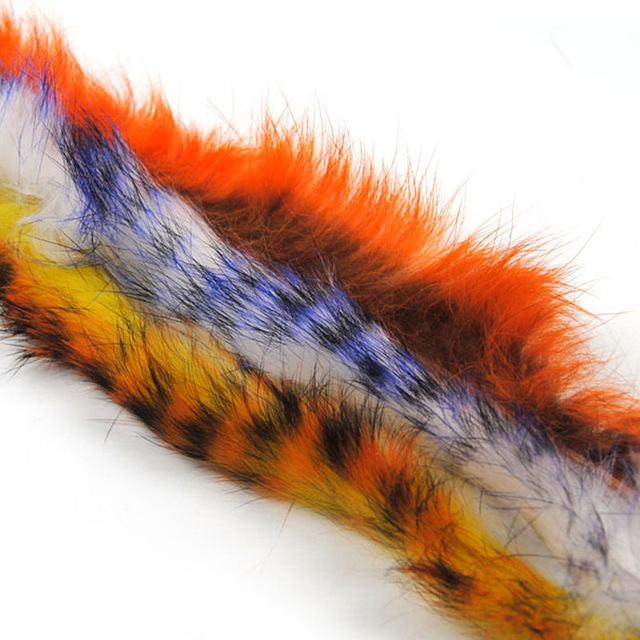 5. There are no rules, do what you want, Be creative

As in all fly tying, there really are no hard and fast rules when it comes to tying intruders. Of course there is the original pattern, but it is simply a science between personal preference and your fishery's preference. Be creative with colours and materials, keeping in mind sparsity and prey colouration if imitating food. There are different weights of tungsten barbell eyes or lightweight fish head masks, which would keep flies suspended in the water column. You can choose to tie your flies weightless or choose to add extra weight. You can tie large intruders or small micro trout intruders, scandi-intruders or squidros. There are different shanks to choose from: one eyed shanks, waddington shanks, long shanked flies cut at the bend point; you can even tie on tubes. Shanks can be long, short, heavy, light, anodized and colourful, black or traditional steel. At the end of the day, you are fishing this fly- have confidence in your creation.

Whoever said tying your own flies was cheaper than buying flies clearly never tied their own flies. There are ways to cut costs, but end of the day, these flies are a couple of dollars of materials and time, so tie them to last. Attaching the wire and the shank doesn't need to be a complicated thing, but don't skimp on durability. A general rule of thumb is to measure the wire twice as long as the loop plus the length of the shank, excluding the up eye. From here you can either turn it back on itself and tie it down along the shank or pass it through the front of the eye for extra security. I usually fold it over on top of itself and tie it down along the shank length and add a thin layer of Zap-a-Gap glue. You can either attach the hook with a small loop in the beginning, or you can keep the loop larger to be able to change out the hook if one breaks. If you choose to use a longer loop, keep in mind to make sure materials extend either just past or are flush with the end of the hook.

The Intruder concept revolutionized steelhead and salmon flies in that the materials used created fish-like movements that wouldn't bulk or clump all the while simulating a large silhouette that didn't use a large hook. They were designed to target aggressive fish and produced aggressive takes. While the 'pattern' is ever changing with new anglers, new tyers and new synthetics, the concept, remains at the core.

Flies of Hope in a Hopeless Situation